Poltava Flames of War is a highly volatile slot coming from the Elk Studios factory. The game is inspired by a historic battle among the Russian tsar Peter the Great and Charles the XII of Sweden. This was during the Great Northern War, so the designers decided to use this event as the main theme in this slot. With a fun gameplay and attractive bonus features Poltava Flames of War is guaranteed to keep you spinning for hours at a time. 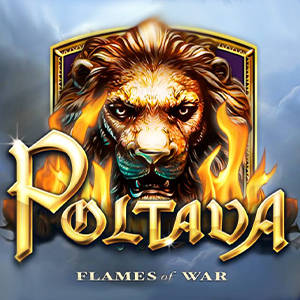 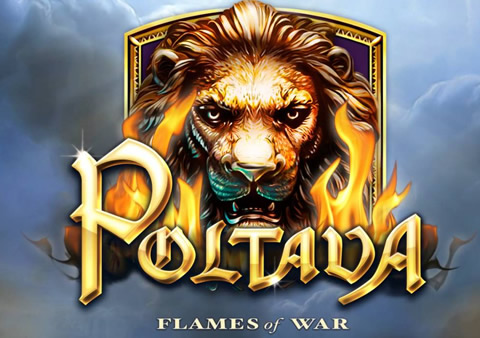 As expected from an Elk Studios slot Poltava Flames of War is quite original. The designers made sure to give the slot an attractive appearance by using state of the art animations. They also paid a great deal of attention to the game symbols, as well as the overall game design. This resulted in a top of the line slot which has a lot to offer. Since the day it was launched Poltava Flames of War became a popular slot and it’s still one of the most played slots across Elk Studios casinos.

The reels of the game are set deep inside the forest where the battle takes place. The gameplay is fast and exciting since the reels spin pretty fast and you can get some very nice payouts. Thanks to the way the bonus features are triggered the gameplay is even more exciting since you never know what the next spin will bring. As you spin the reels you will feel a rush of adrenaline and you will appreciate what the slot has to offer.

The Special Symbols in Poltava Flames of War start with the Poltava Wild symbol. It can land on all of the reels and will replace for all other symbols in the game, except for the Lion symbol. The Lion is the Scatter symbol in the slot. It can land only on reels 2, 3 and 4 and when it does the bonus round is triggered. We can also place the Cavalry, Artillery and Infantry symbols in the Special Symbols since they all have the potential to trigger the mini base play feature.

Poltava Flames of War is a 5 reel, 4 rows slot with a total of 40 active pay lines. Players are allowed to bet anywhere from $0.20 to $100 per spin, simply by choosing the bet size from the Bet button. You can set the reels in motion by clicking on the Spin button or you can use the Auto Play option. You can also choose to activate one of the betting strategies the slot has in stock and hopefully increase your chances of winning.

The game basically comes with two bonus features. The first one is the Marching Reels feature. It’s triggered when a full stack of the Cavalry, Artillery or Infantry symbols lands on a reel. The reel in question will become frozen for one re-spin, with additional symbol added behind it. In the following re-spin, the symbols will move one field to the right.

The marching reels will move forward for as long as a new symbol is added to the stack on the right. The second bonus feature is a classic bonus triggered by 3 Lion Scatters on reels 2, 3 and 4. The Scatters will then turn to Sticky Wilds awarding 3 free spins. During the feature, each additional Lion symbol which lands on the reels will become a Sticky Wild symbol and award an extra free spin.

Poltava Flames of War has a payout of 96.44%. The top payout in the game comes from the Cavalry symbol, with a 200 coins reward for a 5 of a kind win. But the game itself is capable of producing payouts of up to 180,000 coins or 1,800 times the total stake.

Poltava Flames of War is without a doubt a slot which will catch your attention. The game has a popular historic theme and comes with outstanding visual details. But you have to remember that this is a highly volatile slot. It has the potential for some great payouts, but can also eat a lot of balance in a short time. So you have to plan your bankroll accordingly before you embark to play this slot.

The bonus features which Poltava Flames of War has to offer are certainly worth chasing. With the Marching Reels feature, you have a chance to win a full screen of matching symbols and several great payouts along the way. The free spins bonus can also pay big since you can win a big number of Sticky Wilds and additional free spins.