New slots based on several Hollywood movies are very popular for playing online with no deposit required. Blockbuster movies are a great source of inspiration for online casino game creators to develop exciting slot games that players love.

Read on to discover your new favourite slots based on the classics as well as newer Hollywood movies! 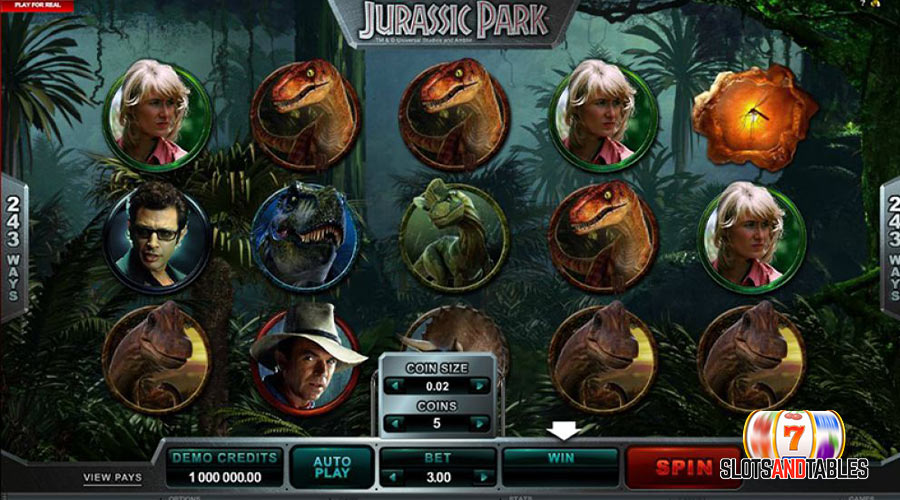 When Steven Spielberg produced Jurassic Park back in 1993, it turned out to be a massive hit across the globe. This film brought the dinosaurs back to life in scintillating fashion, and just like the film, the slot version is equally brilliant.

Developed by the one and only Microgaming, the background of the game is set in the deep jungles. It includes 5 reels and 243 ways to win as well as the iconic Jurassic Park logo – which is the game’s wild symbol. The T-Rex Alert Bonus further adds to the thrilling adventure as it can add on extra wilds to the reels. There are also 5 different types of free spins which award the player with 12 free spins.

With new slots such as this, you’ll relive the exciting story of Jurassic Park with high-quality graphics and sounds from the original film. With typical dinosaur symbols like the Tyrannosaurus Rex, Velociraptor and Triceratops and an RTP of 96.67%, this slot delivers a thrilling experience to anyone who loved the movie and wants to experience it yet again.

Planet of the Apes

Visit your favourite online casino, and as soon as you launch this video slot, you’ll witness actual footage from the movies with an action-packed intro video. With incredible graphics, sound effects and an RTP of 96.33%, this slot machine gives you the chance to land some big wins all while re-visiting the popular movies that were such a massive success when they hit the big screens. 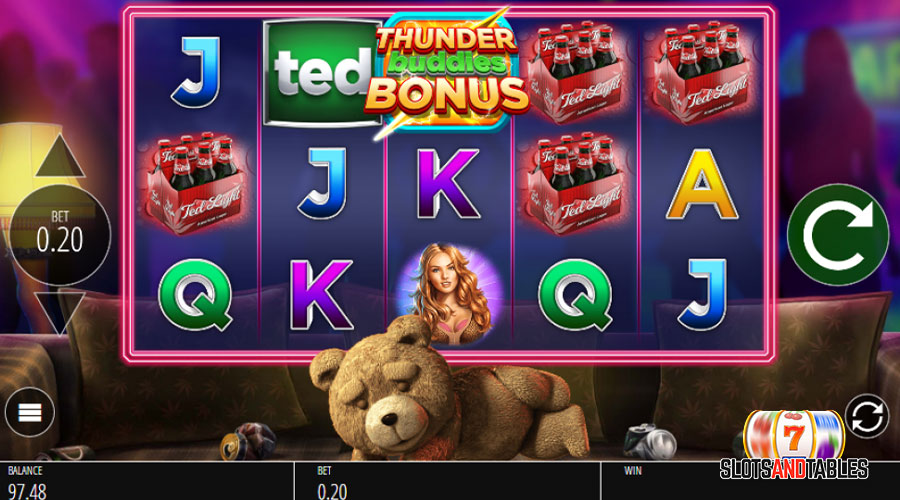 Remember the 2012 comedy called Ted featuring the talking, swearing Teddy Bear? Written and directed by Seth Macfarlane, it was an instant hit due to its blunt and vulgar humour – which is typical from the creator of Family Guy. Just like the movie, Blueprint Gaming has produced some great new slots featuring the witty teddy bear in all his glory. This 5-reel slot has 20 paylines and loads of unique special features including Laser Gun Infectious Wilds, Ted Free Spins, Psychedelic Bonus Boost and the Thunder Buddies Bonus.

With the RTP at 95.80%, funny quotes from the movie itself and tons of creative bonus features, you’re sure to have a blast when you hang out with Ted. So get ready to grab your thunder buddy as you prepare for an entertaining time full of shenanigans with Ted in this side-splitting new slot. 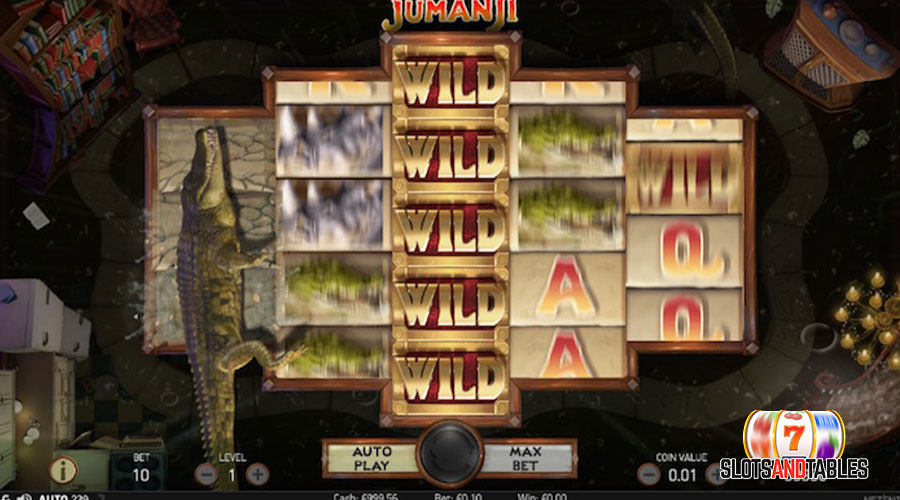 The nostalgia is here and it’s hitting us hard! Enter the world of Jumanji – a classic action-packed adventure movie. 12-year-old Alan Parish starts playing the Jumanji game in 1969 – only to be sucked in where he is trapped for several years. Fast-forward to 1995, the game is re-discovered by two kids who continue to play from where Alan left off. Not only do they release Alan – who is now a grown man – but also jungle creatures that begin to wreak havoc on their town.

Just like the film, NetEnt has recreated the essence of the classic movie with their 5-reel diamond-shaped slot. In the background, you’ll see the familiar mansion where the game was played by the characters from the film. Symbols include jungle animals such as rhinos, crocodiles, lions and the pelican – who actually steals the board game in the film.

Being part of NetEnt new slots is visually impressive. Its high-quality animations, as well as drum music, further add to the suspense. Furthermore, Jumanji includes 10 bonus features, 3 Wild features, 4 types of free spins, as well as a Mystery feature. With an RTP of 96.33%, if you choose to play the game you may be rewarded handsomely. The question is…are you ready to enter the jungle?

To conclude, it’s safe to say that new slots based on movies are simply too good to look past. Apart from stunning visuals, they offer a chance to enjoy some of Hollywood’s finest movies. So whether you’re into the classics or prefer the more modern type films, new slots based on movies are sure to keep you entertained as you enter the unique stories to spin the reels in search of those big wins.