Every casino software provider is constantly looking to develop new slot games because playing slots is the most popular gaming pastime. So you won’t be surprised to hear that there are upwards of 1000 slot games available for you to play within seconds of signing up to an online casino.

But how do you go about filtering it down to the best online slots and why do some slot games have a massive following whilst others continue to struggle?

Everyone has their preference when it comes to casino games online and slots games are no different. There are so many different games to choose from. Many slots to enjoy and multiple jackpots to be had, but which games should you play? We tell you our top 5 most played slots games online:

Starburst is a video slot game that has been around since 2012. This simple, clean but brightly coloured 5-reel 3-row slot game just seemed to take off ever since it was launched, that, as well as the very favourable RTP of 96.09%, has made this into a classic with everyone recognising the sparkling jewels of Starburst slots. 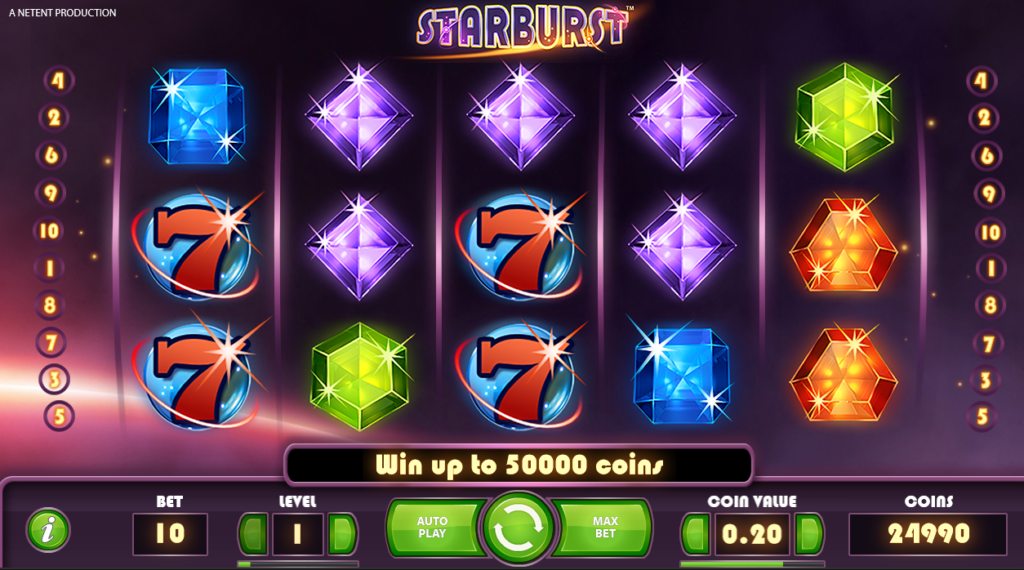 Mega Moolah is one of the most popular slots games. First released in 2006 it’s been around a very long time in the fast-changing world of online slots. It’s themed around an African jungle so you’ll have pictures of lions and elephants in its 5-reel 3-row configuration.

The main reason for its popularity is the massive jackpots known as Mega Jackpots. The way this works is by contributing 8.80% of your real money play towards the Progressive Slots which slowly builds up for one lucky winner to hit the Mega Jackpot.

Gonzo’s Quest has an explorer theme, it’s focused around a character called Gonzo who is a Spanish explorer searching for gold. First released in 2011 it has gained a lot of popularity recently as players have become more accustomed to playing slot games with symbols cascading down rather than the traditional reel spin.

The gameplay is fun too. Gonzo doesn’t just hit in the corner of the screen as you ‘spin’, he also gets involved by making his way to the middle of the screen in an interesting way such as moonwalking and doing a funny dance when you win.

Rainbow Riches is themed around an Irish leprechaun so by design it was always going to be popular because we all want the luck of the Irish. The gameplay is a classic 5-reel 3-row but it seems to be a favourite in those seeking free spins or bonus spins as these are frequently offered out to new players.

This online slot game has been around for many years and it does show as the graphics are not the sharpest such as in Gonzo’s Quest or Starburst. Yet there’s something about a leprechaun that players continue to be attracted to. We think it’s that pot of gold at the end of the rainbow or the fact that it’s one of easiest slot games to play.

Wheel of Fortune slots game is familiar to pretty much all players because of the TV game show which has spanned decades of quality entertainment!  It has a very strong RTP of 96.6% but doesn’t feature progressive slots so the maximum jackpot amount is capped at £250,000.

Its appeal is its fun factor; the music, the colours and the 720 ways to win make it unique. It has a diamond-shaped layout with 5-reels. The rows are configured with a 1, 3, 5 formation incorporating the infamous fruit symbols that we classically associate with slot machines.

Get Started With These Popular Slot Games

Whether you’re in it to have a bit of fun or you are a serious player there is an online slot game for everyone. These 5 most popular slot games are all popular for different reasons and they are quite diverse.