Jimi Hendrix is a music legend and has rightfully earned his place in the hall of fame, along with other great names throughout music history. Net Entertainment decided to pay tribute to this great man and released the Jimi Hendrix slot. 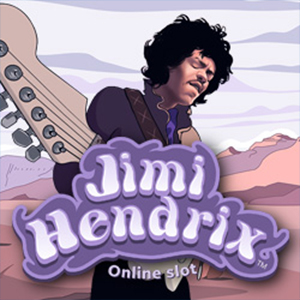 Jimi Hendrix slot RTP stands at 96.9%, which is impressive for a game released at the time.

This slot was part of a trilogy of music slots, branded the NetEnt Rocks slots. The other two games are Guns ‘n’ Roses and Motorhead. With this NetEnt paid homage to these great artists and at the same time released 3 new branded slots in their network. 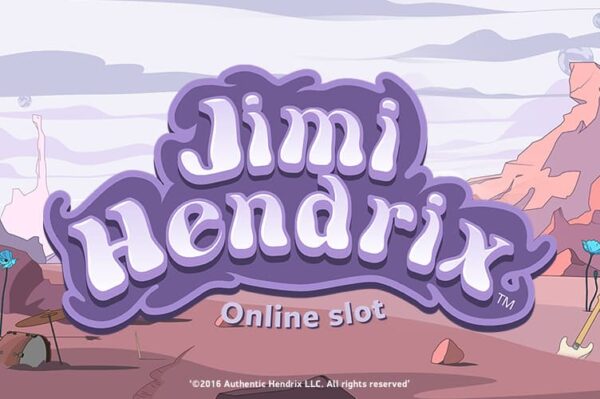 Look & Feel Like in any other game the first thing you notice about the Jimi Hendrix slot is the visual details. As always NetEnt did a great job in this field. Players can enjoy numerous modern animations in the game, including a short intro where Jimi Hendrix is depicted as somewhat of a guitar god. The gameplay is fun thanks to the interesting design of the bonus features and the fact that you can enjoy some of the biggest hits by Jimi Hendrix.

Jimi Hendrix is a 20 pay line slot with a total of 5 reels and 3 rows. Players can bet as low as $0.20 per spin or as high as $200 per spin. When you want to change the bet size all you need to do is set the Coin Value to anywhere from 0.01 to 1 and the Bet Level from 1 to 10. Once everything is ready all you need to do is hit the Spin button or you can use the Auto Play feature.

From the special symbols in the Jimi Hendrix slot, we can mention the Wild, Scatter and the Purple Haze symbol. It’s interesting to note that all of the special symbols in the slot are Jimi Hendrix, but doing different things. The Wild symbol will replace all other regular symbols from the paytable and can land on all of the reels. The Scatter can land only on reels 3, 4 and 5 and will trigger the Pick and Click feature. The Purple Haze symbol, on the other hand, can land only on reel 1 and will trigger the Purple Haze feature.

When it comes to the best RTP slots you have a lot of options. Check out Jimi Hendrix slot! It has great RTP and is a fantastic choice if you are looking to play a slot that’s a lot of fun!