Dragon chase is the first-ever jackpot slot to be released by Quickspin. The game has an Asian theme with the recognizable Dragon symbols and comes with a variety of features. The most notable one is without a doubt the Jackpot feature, where players have a chance to win the Mini, Minor, Major or Grand Jackpot.

Dragon Chase Jackpot is the result of two previous versions, Dragon Chase and Dragon Chase Rapid. Players can benefit from a free spins bonus, as well as a random Wildfire symbols feature. With fast gameplay and the potential for big payouts, Dragon Chase is guaranteed to keep you spinning for long sessions at a time. 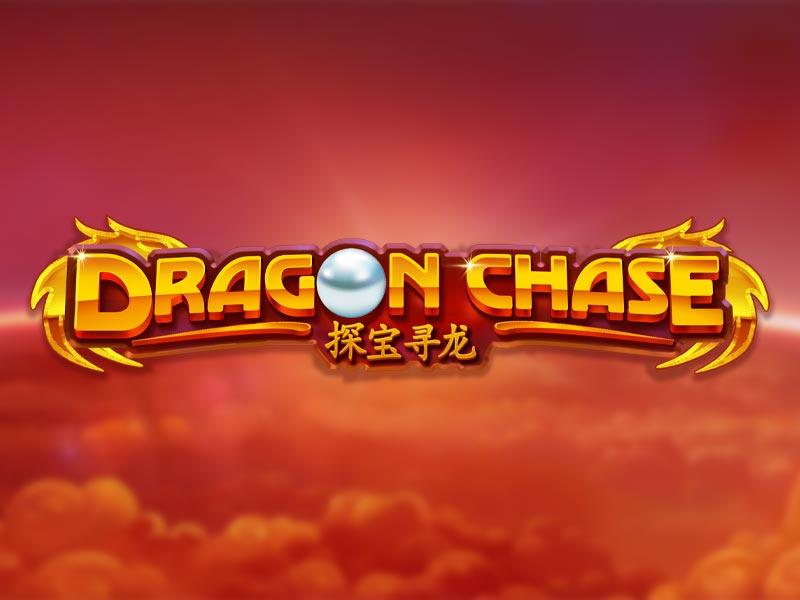 The first detail you will notice in the game is the dominant gold and red colour. This is to be expected since this is an Asian themed slot, featuring all the classic symbols you would expect. The designers made sure to create a visually attractive slot, at the same time making it interesting to play. The most notable visual detail in the game is the dragon animation which blows fire on top of the reels awarding random Wilds across the screen.

There are a total of 3 Special Symbols which you can see on the reels of Dragon Chase. The first one is the Wild, which will substitute for all other symbols in the game, except for the special symbols. The second is the Bonus Scatter symbol, which triggers the free spins bonus and the third is the Jackpot symbol which triggers the Jackpot mini-game.

Dragon Chase is a 20 pay line slot, featuring 5 reels and 3 rows. Players can bet as low as $0.20 per spin or as high as $100 per spin. The bet size is adjusted by using the up and down arrows next to the Total Bet button. You can use the Auto Play button to play up to 1,000 auto-spins or you can simply click on the Spin button. 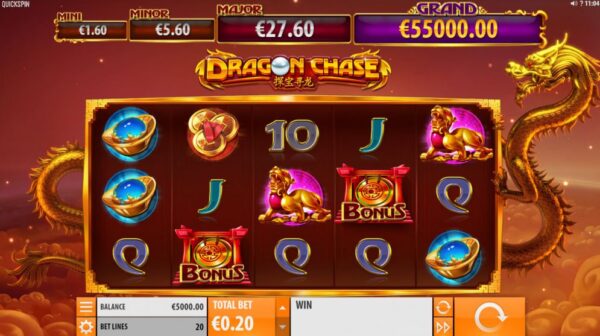 The Wildfire feature appears randomly and can show up on any spin. The dragon will breathe fire on top of the reels awarding 1 to 5 random Wilds. The Wilds will move one position down the reels on every spin until they leave the reels altogether. There can be a total of 10 Wilds at once on the reels in every spin.

The top payouts in the game come from the Wild and the Dragon symbols. They award a 50 times stake payout for landing 5 of them on a winning pay line. The top payout in the slot can come from winning the Grand jackpot, which currently stands at over $100,000.

Dragon Chase is an attractive slot to play. Quickspin did not disappoint. The game has attractive visual details, as well as a great array of bonus features. The Wildfire feature appears randomly on the reels, which contributes to fun gameplay.

Truth be told most of the time the Wilds are small in number and leave the reels without contributing to any payouts. Still, you can get a bigger number of Wilds in a single feature or you can get more Wilds by triggering the feature again, while the Wilds from the previous one is still on the reels. This way you can get some more significant payouts on the screen.

Of course, the most attractive part of the game is the jackpot, but you will need a lot of help from lady luck to get a full screen of Jackpot symbols on the reels and win the Grand Jackpot.