Dead or Alive is one of the most popular slots to come out of the NetEnt universe. With its rustic Wild West appearance and the potential for massive payouts, Dead or Alive is a game which can glue you to the reels 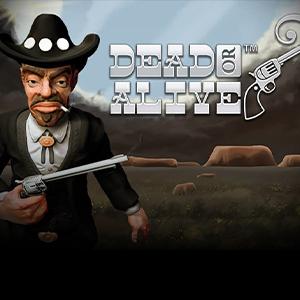 The RTP value of the game is set at 96.82%. This is a high value, which combined with the high volatility can produce very big payouts in the bonus round. 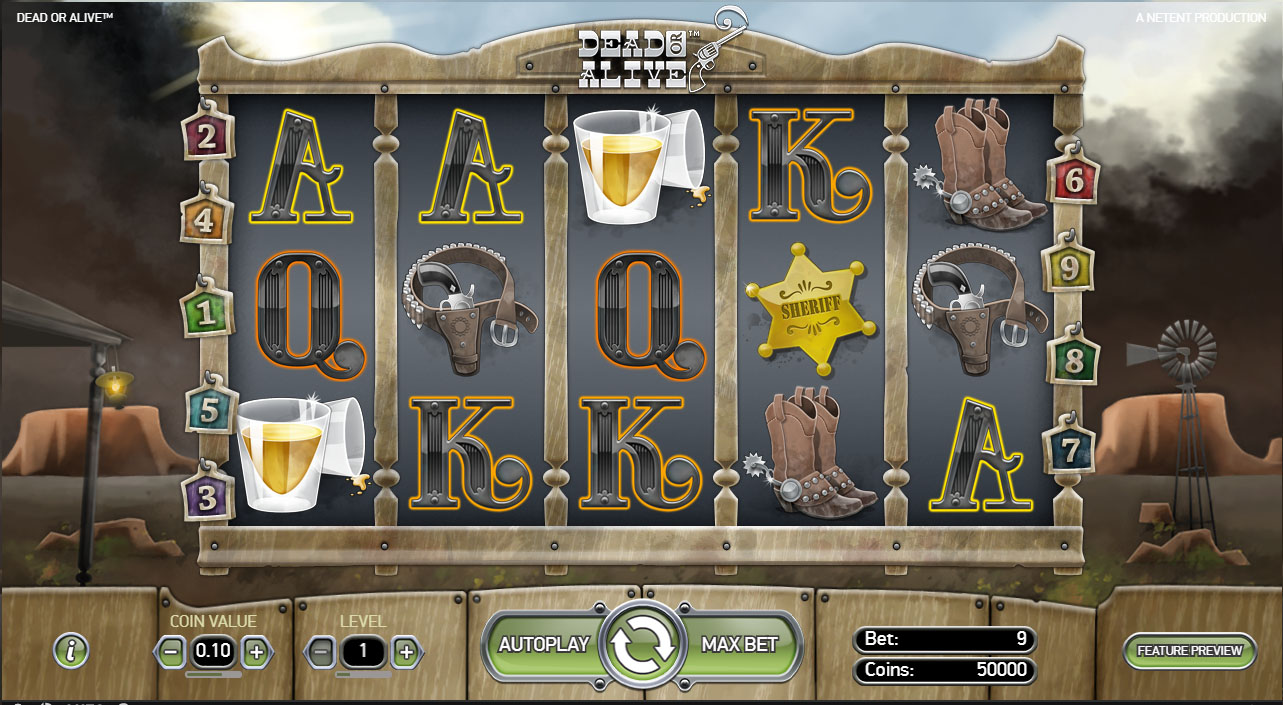 The slot is inspired by the Wild West. As expected the overall appearance of the game is rustic, which perfectly flows with the game theme. The designers added some interesting animations on the reels, but nothing too flashy which would only ruin the overall appearance. What’s interesting to note is that this is a very simple game, but thanks to the attractive bonus round it became one of the more popular NetEnt slots.

The most attractive part of the game is without a doubt the bonus round. We have to note that when this slot was first released the bonus feature was a bit different. The game underwent an overhaul a few years back, with some new features to the bonus round.

The free spins bonus is triggered by landing 3, 4 or 5 Scatters on the reels. Landing the top 5 Scatters will also reward you with 2,500 times the total stake payout. You are awarded 12 free spins in total, which are played on an x2 multiplier. Players can also re-trigger the feature once, giving you another 12 free spins. During the bonus round, every Wild symbol which lands on the reels will become a Sticky Wild and stay locked in place for the duration of the feature.

What’s great here is the fact that if you land a Wild symbol on each reel you will be rewarded with extra 5 free spins. So in total, you can get 29 free spins in the bonus round. Players also have a chance to land 5 Wilds on a winning pay line, popularly called Wild Line. This will award you with an initial payout of 1,500 coins per spin. You can also get a Wild Line on more pay lines, resulting in an even bigger overall payout.